A doctor who ended up someplace else 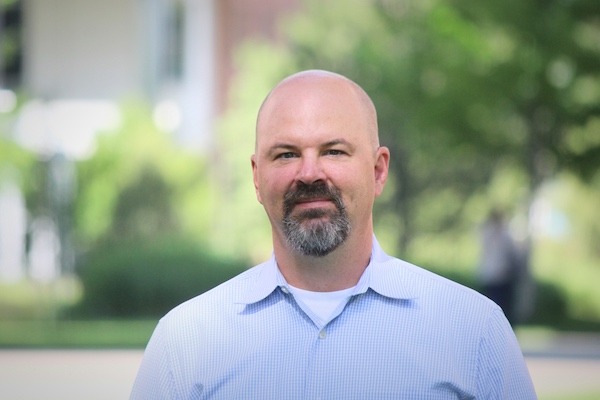 There was no path for Brian Williams outside of medicine. As he saw it, from the view of his small town in Mississippi, he could be a doctor, a teacher, or a lawyer, and he chose doctor. Yet in many ways, Brian now finds himself operating as all three of those roles.

“I believe it was Yogi Berra that said, ‘If you don’t know where you’re going, you’ll end up someplace else’ and that is essentially what happened to me,” says Brian. Since the age of 16, Brian was dead set on becoming a doctor, yet he never fully questioned why. There are many paths medicine can lead you down, so as Yogi observed, Brian found that his lack of specific direction within medicine took him to places he never knew he would go.

After graduating from the University of Mississippi School of Medicine, Brian pursued a career in family medicine. In his words, he wanted to be a “real doctor,” the kind of physician that was not overly specialized, but that could give a thoughtful, intelligent response to questions about any illness or ailment.

In 2011, Brian and his wife moved to Columbus, OH. While working in the family practice program at Ohio State University, Brian was slowly introduced to public health through his faculty development fellowship at Michigan State University. His fellowship was partially funded by the Healthy People 2020 Initiative. As part of the Department of Human Health and Services, this project set data-driven national objectives to improve health and well-being over the next decade.

With his interest in public health piqued, Brian sought the advice of a mentor in medicine. He wondered if public health was actually worth pursuing since he was not aware of many physicians practicing or specializing in it. “I don't think we're going to solve America's health problems one patient visit at a time,” his mentor told him. “This time was a coming together of sorts,” says Brian. “I began pursuing an academic family medicine career and also exploring this public health sphere that I had never been exposed to.”

After Brian’s wife (who is also a physician) finished her fellowship in Columbus, the couple moved back to Denver where they had both been medical residents. Brian continued exploring ways to use his medical expertise in public health. Just as he had never been exposed to public health in medical school, Brian had also never been exposed to occupational medicine. Following a quick Google search that led him to the Colorado School of Public Health (ColoradoSPH) website, he emailed Dr. Bibi Gottschall, an occupational pulmonologist for National Jewish Hospital. His email said, “I’m interested in getting my Master’s in Public Health. I have no idea what occupational medicine is, but it seems very interesting. Can you tell me more about it?” 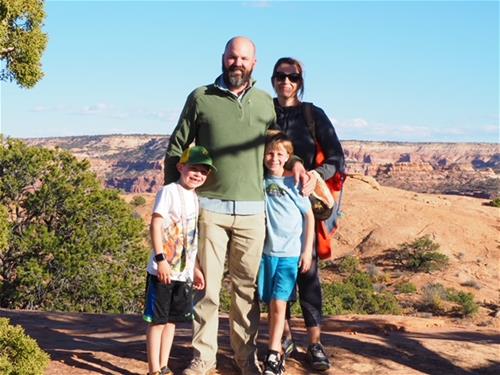 Dr. Gottschall’s response led Brian to apply and enroll in the Mountain & Plains Education and Research Center’s (MAP ERC) Occupational & Environmental Medicine Residency program at the ColoradoSPH. During his residency, Brian worked on a project with Dr. Steve Reynolds, co-director of the MAP ERC that created safety messaging for Rocky Mountain National Park. The team created park visitor guidance advising hikers on appropriate safety precautions and outdoor equipment. “We advised travelers to not hike in flip flops, to bring water and extra clothes, and to plan their route ahead of time.” The interdisciplinary nature of environmental and occupational health and the impact of public health on the safety and well-being of large populations was the aspect he most enjoyed, and the thing he had been searching for.

After completing the program and earning his MPH with a concentration in environmental and occupational health, Brian broadened his career with travel medicine. Continuing his path in graduate education, he began co-teaching the ColoradoSPH’s first and only travel medicine course with Dr. Ethan Moses in 2013. All the while, Brian maintained his family medicine practice and began treating more and more injured workers.

Brian Williams and his family at the Grand Canyon.

“The more I treated injured workers, the more I enjoyed it,” says Brian. “It’s fun in a way. Their stories are way more interesting, and most importantly, they get better (as opposed to many patients in family medicine.) That is very rewarding. Occupational medicine is the best of both worlds in my opinion because you get to know the patient, you advocate for them, and you see them on their path to recovery.”

Brian became a site supervisor for students in the Occ Med program at the MAP ERC, overseeing occupational fellows and residents on their rounds. Brian enjoys challenging the residents to understand all the possible reasons for a patient’s illness or ailment. “I'll overhear students telling a story about a patient,” says Brian. “They'll say that a person fell off of a ladder and has a lot of back pain etc. and even if they're not talking to me, I'll lean in and ask if this happened at work. Often, they’ll say yes, and I will advise them on how to have the patient file it as a workers’ comp claim and go through the workers’ comp system. There are opportunities that the injured worker has that they won’t get if they go through a primary care clinic, particularly a place where physicians aren’t trained in occupational medicine.”

Born out of his love for teaching and passion for helping injured workers, Brian took the position as director of the Occupational and Environmental Residency and Fellowship program at the MAP ERC in 2019. “I wanted the program to be as good as it was when I was a part of it,” says Brian. “I love to teach in and outside of my clinic. I enjoy lecturing the medical students in a structured environment but also teaching on the fly and sharing my stories.”

Brian regularly speaks to medical students at CU Anschutz Medical Campus in hopes that more physicians realize the opportunity for them in occupational medicine. The reward in the field is great and the impact on human health is even greater.